Bonsoir all!
A word of caution before you dive into this picture-heavy post – this collection was a limited edition and is discontinued. But it’s still pretty, and I’ve been looking forward to putting together this post since before I ordered these gems. Now, onto the polishes and the geekery!

I’m starting off  with purdy Hameau. This is a spot on translation into polish of Hameau de la Reine, the Queen’s hamlet, as seen above. A creamy beige with purple glitter and smaller green glitter, corresponding exactly to the colours of the mansion. This is two coats with top coat but in hindsight I should have done three to really make the glitter dominate. If I ever visit Versailles, Hameau will go with me. 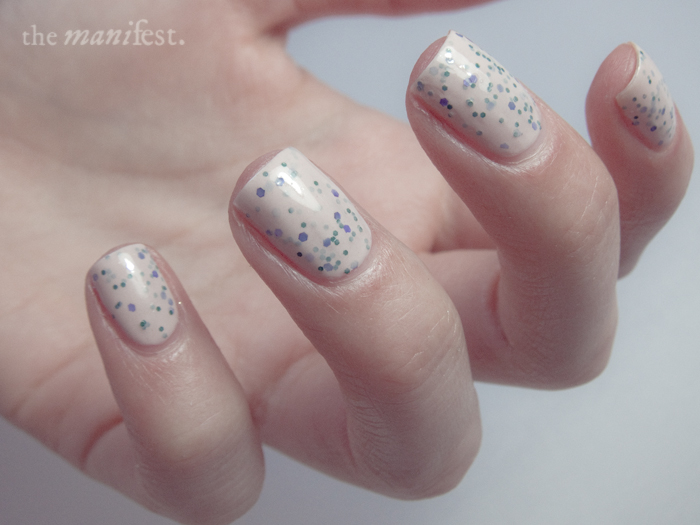 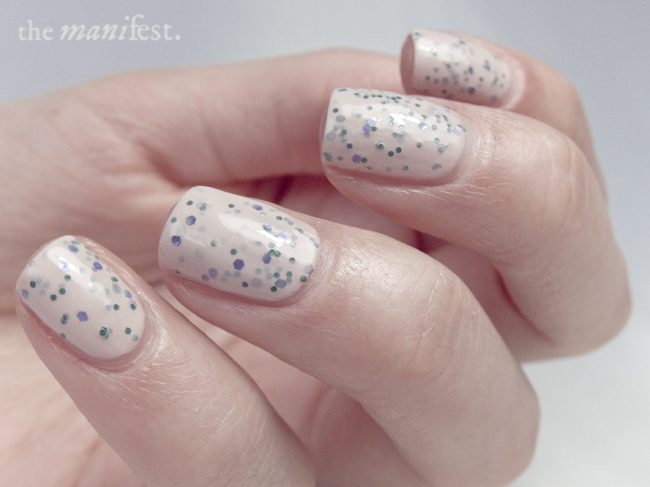 By the way, the words hameau and home have a common ancestor… along with hem and Jotunheim etc. Which is totally off-topic but blows my mind.

Next up is Let Them Eat Cake, a pretty and serene thing made up of pink, yellow and white glitters in a white base. I absolutely adore LTEC, and I’m so sad I don’t have backups. This is two coats and top coat: 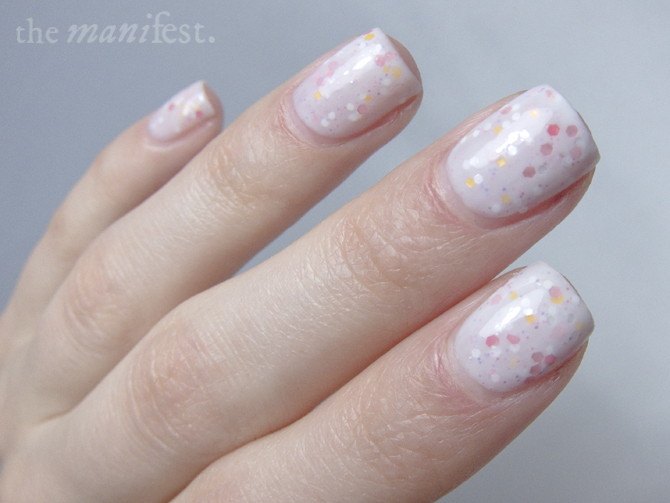 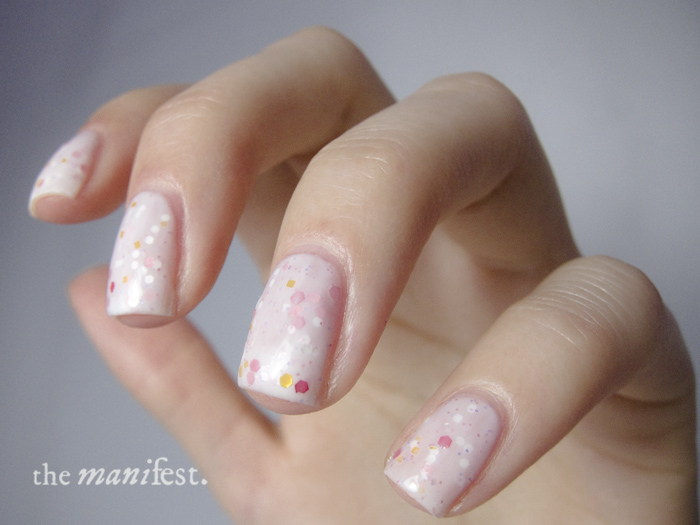 Polish number 3 of 4 is The Diamond Necklace Affair, which has a sheer blue-tinted base with tons of iridescent glitters in different sizes. The blue base makes the nail look crisp if worn alone. This is one thick coat on a naked nail, with no top coat: 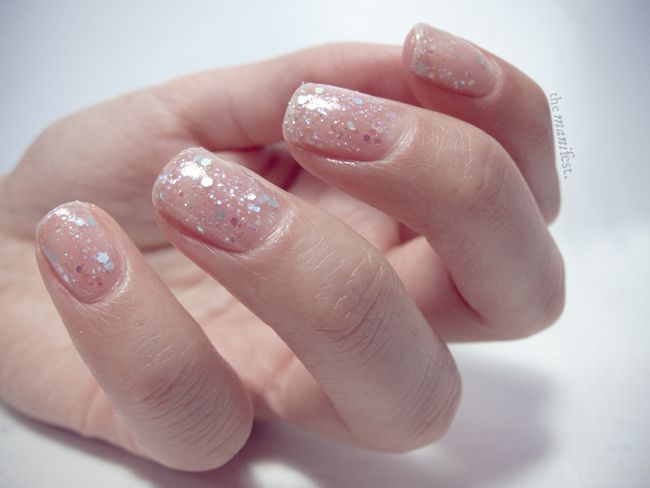 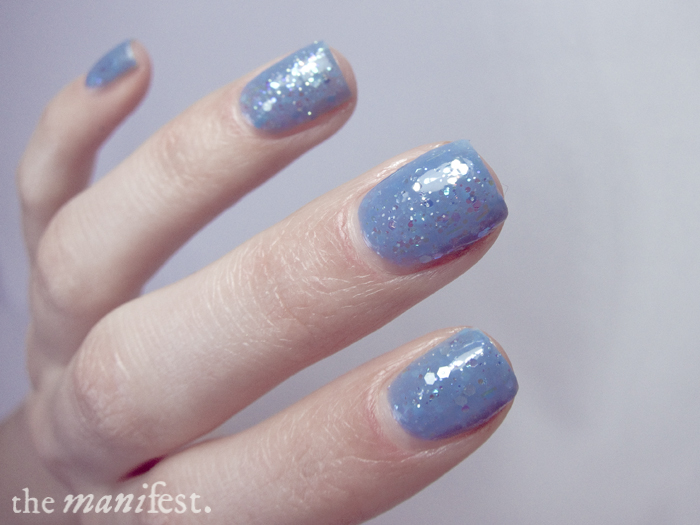 I had to try it over a blue jelly too, this is one coat of TDNA on American Apparel Redondo Beach, with top coat. I like it both ways but it retains its diamond feel best when flying solo or maybe over a nude.

And I can’t not include a picture of the actual necklace, commissioned for an insane sum of money as a gift to the mistress of Marie Antoinette’s father in law. She never got to wear it though, and the ensuing scandal went on to become one of the triggers of the French revolution. Diamonds, I say… 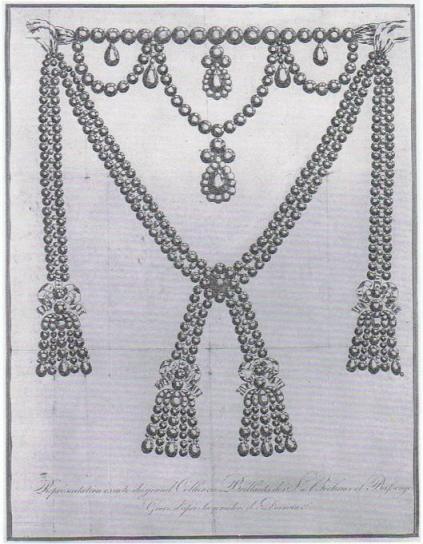 Last but not least is Louis Louis, which is inspired by Marie Antoinette’s hubby, as seen below. It has the rich colours of a king, gold and red and blue, a perfect translation of the tastes of Louis XVI. 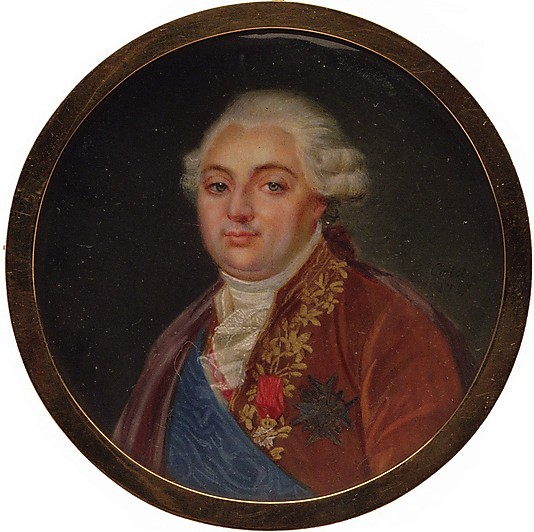 Its very unusual combination of base colour and glitters made me hesitant at first. The glitters are red and smaller blue, in a gold/green shimmer base. Reminds me of heavy brocade. I played around with this one for quite a while until I ended up with this royal skittle manicure: 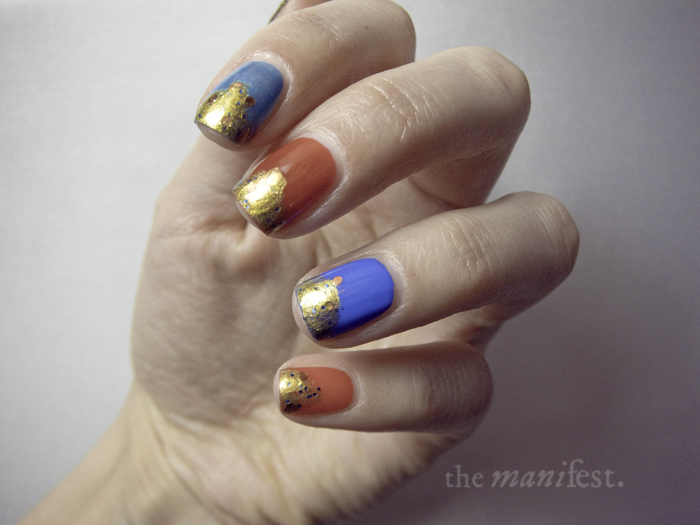 These pictures doesn’t do it justice at all. The base colour on each nail accentuated either the blue or the red glitters of LL, and the golden goodness held it all together. Beautiful and funky, just the way I like it.
When I was half through removing it to swatch another combination this happened: 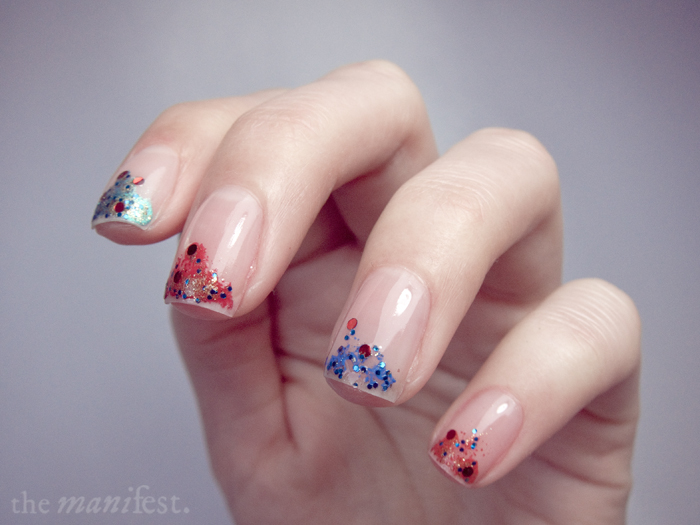 I dabbed some of each corresponding base colour onto the tips, applied some top coat, and wore this as a full mani for a few days. What do you think? I really liked it, the golden shimmer that remained still held the blue and the red together, but didn’t cover the glitter. Totally unexpected manicure. 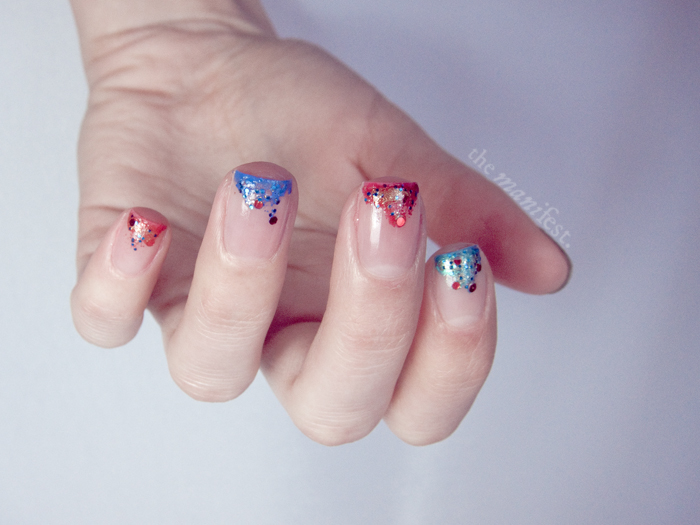 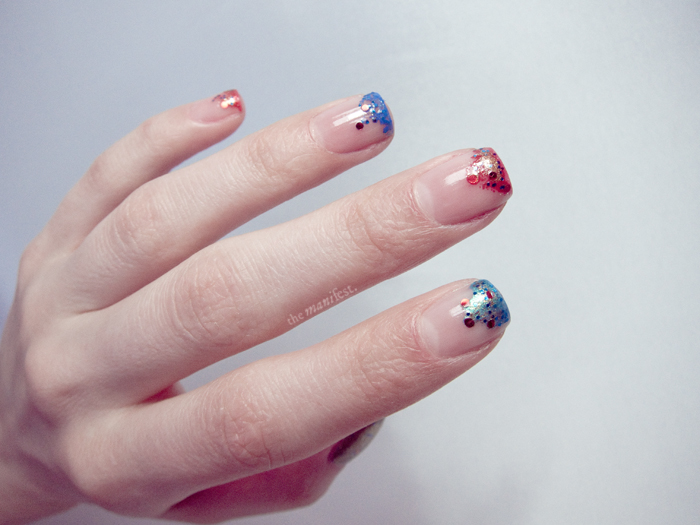 By the way, all the pictures that aren’t mine are clickable for image source.

Now, I promise I won’t let all posts become this full of extra curricular tutoring, but I’m a history buff and can’t shut up when it comes to revolutions and such. Thanks for reading and stay tuned!

2 thoughts on “Pretty & Polished: Save the Dauphine Collection”

Thanks for sharing your thoughts (och hej alla modersmålstalare) <3 x

This is a manicure blog run by Mona, a Swedish/Egyptian DIY-enthusiast who is easily distracted by shiny objects, funny words, and patterns that can be turned into nail art.